Plaque psoriasis is a type of disorder that often presents itself as a skin condition, but the root of the cause is far more than just superficial -- it stems much deeper than that. In truth, psoriasis is a chronic disease where the immune system attacks itself. It is often connected to other chronic illnesses and ailments such as psoriatic arthritis, Type 2 diabetes, and cardiovascular disease.

The Basics of Psoriasis Normally, healthy skin goes through cell turnover every 28-30 days where it produces new skin cells while shedding the old. With plaque psoriasis, the cell turnover cycle is much faster than that, with new skin cells being pushed to the surface as often as every 3-4 days. The problem with this scenario that while your body is busy producing new cells, the old skin cells fail to keep up with the process, and don't shed as quickly. Instead, they continue to linger on your skin and begin to pile up on each other. As the new skin cells push up to the surface, your old skin cells remain there too resulting in thick, red, itchy, flaky patches known as plaques.

How Does one Contract the Disorder?

The cause of psoriasis still isn't known or understood, but experts believe that it is one of or a combination of factors (genetics, environment, and the immune system).One in three people who suffer from psoriasis will also have a relative with the disease. Environmental factors may include stress, injuries, infections and medications. 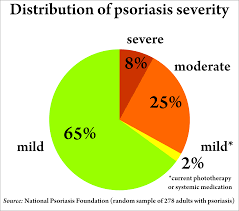 As mentioned earlier,those with psoriasis have complications with their overactive immune systems The immune system is meant to protect the body against foreign invaders, but fails to differentiate "self" from invaders and attacks itself.  This strange level of activity causes the body to become inflamed and causes the skin produce new skin cells faster than can be shed while causes redness and itchiness. Contrary to common belief, psoriasis is not contagious and cannot be contracted simply through touching.

There are a variety of techniques doctors use in attempt to treat plaque psoriasis. Nonetheless, Psoriasis is a difficult condition to treat and many people go through a process of trial and error before finding an approach that works for them.

Due to the potential side effects and risks of traditional medical psoriasis therapies, many who have psoriasis seek other approaches to relieve their symptoms.

Alternative therapies tend to focus on preventive care and manage the symptoms of pain. They often include a combination of protocols including diet, herbal remedies and supplements, mind/body therapies such as aromatherapy, yoga and meditation, physical therapies, exercise and the ancient arts of acupuncture and tai chi.

There is also another natural alternative those who suffer from plaque psoriasis can try. Baltic Essentials Hazelwood has anti-inflammatory properties that can calm the source if the problem: inflammation because one of the caus

es of psoriasis is inflammation in the body, Hazelwood can help calm flare-ups before they occur and soothe symptoms.

Psoriasis can affect people of all ages and is often associated with other health conditions. Our products are available for both men and women, from babies through adults. The soothing properties of Baltic Essentials Hazelwood can help soothe skin conditions and other health issues making them a good solution for psoriasis sufferers that may also have other chronic health problems